Together We Can Do More

Nakvalevi team is happy to mention that we are privileged to have friends who have always been ready to participate in several philanthropic concerts for the support of cancer prevention.
We highly appreciate each of them for their kind will, talent and contribution.
On 6th April 2016 Nakvalevi held its first charity concert “ Let’s Stand Together for Those who Strive Against Cancer “ at Tbilisi State Conservatoire with the support of Ambassadress, Pianist Ms. Mari Angeles and Tbilisi Women’s Choir by conductor Omar Burduli.
In 2017 another charity concert “Ladies For Ladies” was held in Gori with the help of Ambassadress Ms. Francesca Huemer Kelly, Ambassadress Ms. Mari Angeles Iglesias and Gori Girls’ Choir by Nino Tsiklauri.
Concert was attended by the ambassador of the USA to Georgia H/E Ian Kelly,
Ambassador of Brazil H/E Cicero Martins Garcia
Founder of club De Chance Ms. Tatiana Balduc, Bishop Isaia, Cancer survivors,
Diplomatic corp., IWA members, City authorities and other guests.
After the concert the audience was kindly welcomed to a nice set-out.
All contribution went to Survivor Women’s Club.
One more successful concert was organized on 4th February 2019 with the support of Ambassador of Turkey to Georgia H/E Fatma Ceren Yazgan, Embassy of Turkey, Georgian-Turkish Business Association, GURTIAD – president Mr. Celal Sancar and Tbilisi State University self-government.
Nakvalevi was honored to have honorary participants such as Ms. Mary Angeles Iglesias, Gori Girls’ Choir by Nino tsiklauri, folk group “Sakhioba”, Rustavi choir “Tutarchela” by Tamar Buadze and young talented Turkish pianist Daphne Ozmizrahi.
The same day Origami workshop was held in 10 local and international, Public and Private schools – European school QSI, American school, Turkish schools.
Volunteers from different countries living in Tbilisi attended the workshops and were involved in Origami masterclasses.
Kabuto was made in the first Classical Gymnasium with the help of Ambassadress Ms. Masako.
before the concert students’ works were displayed at a TSU venue.
Professors, doctors and survivors agreed on importance of implementing such activities in order to promote cancer prevention as “Together We Can Do More”.
All contributions were donated to Survivor Women’s Club. 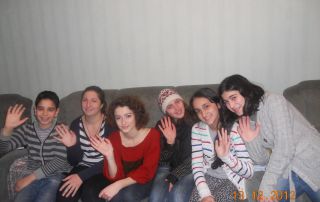 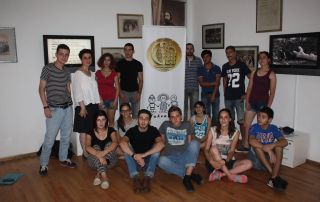 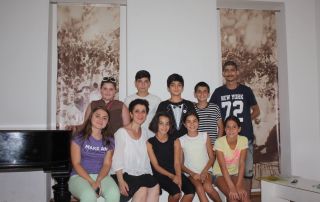 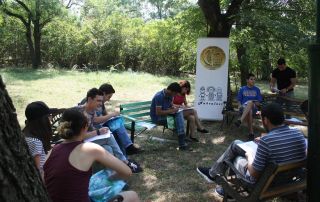 This website uses cookies and third party services. The acceptance of automatic data collection procedures and the use of cookies are necessary for using our internet platforms and its services. Ok